We hear a lot of talk about different generations these days. How that the characteristics of certain generations are looked upon negatively, while the attributes of another are applauded.    Like…Boomers vs. Millenials?

That in itself is somewhat odd, because I remember growing up and hearing comments made about the 60’s and 70’s as a time of rebellion, but it was never discussed as a generational thing. It was more of a “these kids are crazy” mindset.

Frankly, I’m pretty certain the “establishment” back then didn’t know what to make of our generation, except that they were going to be the ruin of the nation. Or at least that’s what I heard from my elders. You know…revolutionaries and all🙂 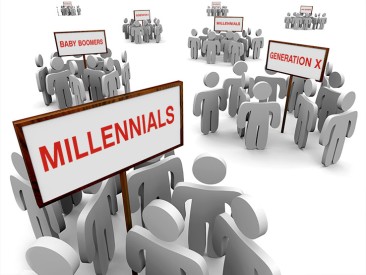 It is interesting to note that there are currently six generations alive in America. You can read all about them here: http://www.marketingteacher.com/the-six-living-generations-in-america/.

But what happens if the cycle is broken? What then? For certain, traditions and customs are changed or lost. Entire belief systems can become so altered as to be nearly unrecognizable.

Such was the case with a generation of God’s people found in the Old Testament book of Judges. The “straight to the point” version is this: God delivered Israel from Egypt. After 40 years of desert wandering they finally inherit the promised land. Moses dies, and Joshua becomes the new leader. He divides the land to the tribes of Israel and they live happily ever after.

OK, that last sentence wasn’t exactly correct. You see, a generational problem had crept in that went largely unnoticed until it was too late. Here’s the short version of the story.

“And the people served the Lord all the days of Joshua, and all the days of the elders who outlived Joshua, who had seen all the great work that the Lord had done for Israel. And Joshua the son of Nun, the servant of the Lord, died at the age of 110 years. And they buried him within the boundaries of his inheritance in Timnath-heres, in the hill country of Ephraim, north of the mountain of Gaash. And all that generation also were gathered to their fathers. And there arose another generation after them who did not know the Lord or the work that he had done for Israel.“
‭‭Judges‬ ‭2:7-10‬ ‭ESV‬‬   emphasis mine

Do you see what has happened here? As long as the elders remained alive,the people served the Lord. Through these elders, Israel had a direct connection to God’s miracles,and those stories had been continually passed down to the next generation.

When the last of the elders died,Israel’s direct line to the miracles of the past was severed. Why did this happen? Because the elders of Israel failed to train the next generation of leaders. This proved to be a catastrophic failure and set in motion the eventual destruction of Israel.

All of this brings to mind something that we hear quite often in our churches, that this generation’s children are the church leaders of tomorrow. If that is true, and I certainly believe it is, what is the current generation of church leaders doing in preparation of passing down the baton? 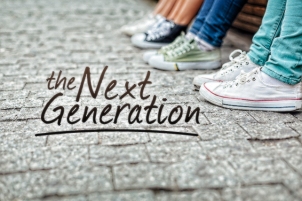 Israel’s elders were faithful to talk about their God. They passed down the magnificent stories of God’s powerful deliverance to each new generation, who in turn passed them down as well.

I hear a lot of talk about mentoring and how we should be training the next generation of leaders. What has me really concerned however is this:

What stories of God’s mighty exploits that we have personally been the recipient of do we have to pass down? What are the miraculous “God things” that we intend to pass down?

Something to ponder, something I hope stirs our hearts to action.

Join 193 other followers
Follow A Front Row View of The Church on WordPress.com